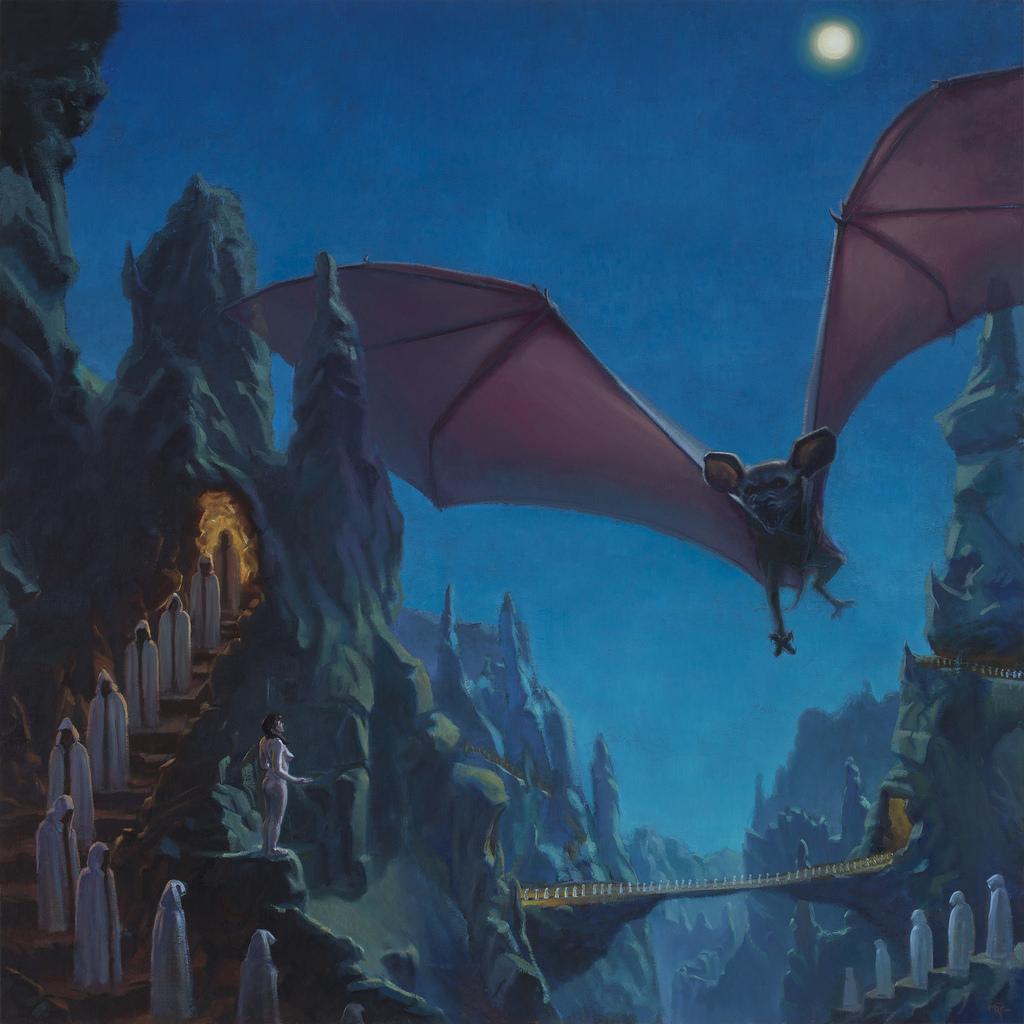 The priests who wore the white cowl ambushed Jamilla and dragged her to the jagged mountain in the west. There the caverns marked the high ledges and glowed orange at night, with old steps carved centuries ago leading up to each one of them, and between them were stony bridges overlooking the chasm that cracked the mountain in two. Many had fallen to their deaths here, but the priests who wore the white cowl dragged Jamilla to the jagged mountain to die a different way.

They had waited behind dry bushes and nabbed her off her horse, covering her with an old black hood before she could yell or strike them. When she hit the ground a heel smashed her head and she dreamed in darkness until she woke in a cell beneath the jagged mountain, lying on her side, her clothing gone, cold wet stone beneath her, and a chain around her ankle. Two rotting blankets lay beside her naked body. The cold stone burned her skin so red that half her body was raw to the touch. She winced as she stood.

A priest came, then. He was tall and wore his cowl on his shoulders, revealing fair skin and large eyes that gave him a young, handsome look and he gasped when he saw her standing naked. “Cover yourself!” he said, diverting his eyes. “We gave you blankets.”

“Why take my clothes if you want me dressed?” she said.

He covered his eyes. “Cover yourself!”

She wrapped one of the blankets around her shoulders and a sour old stink rose.

“Do you know why you’ve been arrested?” he asked. Jamilla shook her head. “Can’t you even guess?”

“I don’t know,” she said. “I was riding south to see my brother. I’m frightened.”

“You should be,” he said, pulling a wooden scroll case out from beneath his robe and undoing the stopper at the end. He shook the tube until several photographs slid out and glided into the cell. “Do you recognize them?” he said.

“Of course I recognize them.” She pushed one gently with her toe. “That’s me.”

The priest reached between the bars and collected the photos. “This is obscenity,” he breathed. “This is a sin in the face of God.”

Jamilla snatched the last one up and handed it to him. “The Princess of Parne posed nude for the Lord of Brinley. Everyone in the kingdom saw the pictures. In the last she leaned half her body over the railing of the balcony and her eyes were devilish. Did you see it?”

“Did you arrest her?”

“Of course not,” he said, hiding the scroll back in his robe.

“Those pictures were released without her knowledge. Someone stole into Brinley Manor and made away with them. It wasn’t her fault; the shame is not hers.”

Jamilla turned away. “You speak a half-truth.”

“What do you mean?” said the priest.

“I’ll anger you if I speak, but what does it matter? I’m a dead woman.”

“Speak,” he said, crossing his arms and giving her a vicious look.

“It’s simple,” she explained. “The real reason you excused the Princess of Parne is not because someone stole her pictures. You’re all too pleased to look at pictures she did not consent to show the public. That is power.” Jamilla put her hands on her hips. “I, on the other hand—”

“Are wrong,” said the priest.

“—gave my pictures away. You saw them by my will. That is not something that pleases you—a woman who takes destiny into her own hands—even worse is a woman of color who shows such courage!”

“You hold yourself in high regard,” said the priest, “as if you were God.”

She laughed. “Who will say it if not I?”

“Not ever enough!” she spat at him.

“Do you?” He searched for the key to her cell door. His hands were shaking. “I’ll show you defiance.” Jamilla stepped away from the bars. He slammed the door open and tossed the keys aside. They splashed in a puddle, instantly forgotten. He pulled his belt free and threw it aside as well, but in his eye was a moment’s hesitation. Jamilla struck him in the chest and the arm. He grunted, then pulled the robe free from his body, revealing flesh covered in scars. “Nothing you do can harm me,” he said, and smashed his fist into her stomach. She doubled over, and quickly, he grabbed her hair and twisted her arm around, pinning her in a policeman’s hold. She struggled, and something in her elbow tore, caught fire.

Later, they led her out to the ledge where the bat was given sacrifice. Blood matted her hair and her left eye was shut. They told her to raise her arms and chant with them, but her left arm was useless. Rage filled her when she heard the beating of the monstrous wings.

The priest who had invaded her cell broke from the procession and stood beside her. “You could have never won,” he said. “You can’t win alone.” She looked away, her eyes hard.

“I’m not alone,” she muttered.

He laughed and raised his hand as if to strike her but stumbled back when the gigantic creature rounded the highest peak, covering the creamy moon and what seemed half the sky. The priests hushed. Suddenly the air smelled like old dust and Jamilla’s eyes watered. The beast swooped down along the mountain’s jagged edge and extended its talons toward her naked body. She cried when the claws dug deep into her sides and looked down at the shrinking earth and blinked once before the mountain, the hills, the forest and the moon were all gone. 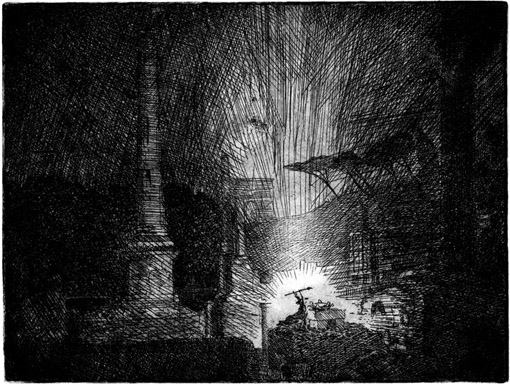